Gunston Hall has many options that will please our diverse visitors. 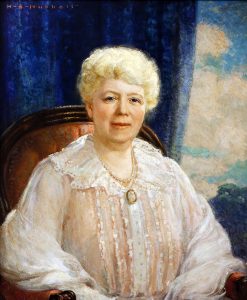 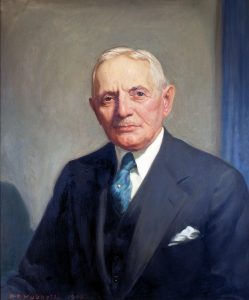 n the 1930s, Louis Hertle, then owner of Gunston Hall, began considering ways to preserve this historic property. It was the wish of his late wife, Eleanor Daughaday Hertle, that Gunston Hall become a memorial to George Mason. Mr. Hertle believed this could be established through the joint efforts of the Commonwealth of Virginia (Commonwealth) and The National Society of The Colonial Dames of America (NSCDA). In 1932, the Commonwealth formally accepted the gift of Gunston Hall which was to be administered by a Board of Regents chosen by the NSCDA. Mr. Hertle continued to live on the property until his death in 1949, at which time the property formally changed hands. Shortly thereafter, the house was opened to the public with a resident director living upstairs and restoration work being done on the first floor. After several years of preparation and efforts to collect furniture, decorative arts, books, and other interpretive items, Gunston Hall was officially opened to the public on April 25, 1952. A visitors’ center and administrative space was built and dedicated to Eleanor Hertle in 1955.

In 1972, Gunston Hall expanded its visitors’ center to include the museum you see today, and in 2005 a new building was erected to meet the needs of the growing collection and staff. Since that time, Gunston Hall has grown in both staff, visitation, and vision. Gunston Hall is proud to be The Home of American Rights.

You can find out more about which cookies we are using or switch them off in settings.

This website uses cookies so that we can provide you with the best user experience possible. Cookie information is stored in your browser and performs functions such as recognising you when you return to our website and helping our team to understand which sections of the website you find most interesting and useful.

Strictly Necessary Cookie should be enabled at all times so that we can save your preferences for cookie settings.

If you disable this cookie, we will not be able to save your preferences. This means that every time you visit this website you will need to enable or disable cookies again.